Are you developing your rising stars so they can take on more responsibility—perhaps ultimately taking over your leadership?

There is a strategic advantage to invest in the development of your upcoming leaders.

One is to delegate more and more of your duties to that person(s) so that you can focus on the most important thing—being the Visionary (and for some, the Rainmaker.)

The second advantage is to have a qualified, highly trained replacement. What would happen to your company if you got hit by a bus tomorrow?

Assuming you have identified the upcoming leaders, do you have a development plan for them? Have you made a list of the skills and knowledge that each one needs to learn?

Don’t assume the junior leader understands the role you are grooming them for. Start with the basics: clarify the responsibilities and spell out what it takes to be highly successful in the position.

Then outline the relational aspect of the position—the best ways to work with the people with whom your upcoming leader will interact. Discuss the quirks, needs, and communication styles of the customers or vendors the new leader will be working with.

Then review the tactical elements of the job: the tasks to carry out, the processes to follow, the available tools and resources. Write these on a list and keep it updated.

Consider sending your most promising leader to the Vistage Peer Advisory Group for Key Executives. In the Key Group, your person will have the best professional development available in Hawai’i, including:

Watch this 4 minute video to see what actually happens in a Vistage peer group meeting.

“Without conflicting frames of reference, the social system scrutinizes only limited features of its problematic environment. It operates at the mercy of its blind spots because it cannot prepare for what it does not see.” — Ron Heifetz

“Those who failed to oppose me…who readily agreed with me and accepted all my views…were those who did me the most injury.” — Napoleon Bonaparte

“If you’re the smartest person in the room, find another room.” — Michael Dell, Dell Computers

I coach many clients who feel awash at sea and tired of “going it alone.” They feel lonely at the top – the expression isn’t just a cliché! Many of these clients are leaders who feel they don’t have professionals at their level to bounce ideas off. The people they are closest to them rarely have the answers or training to drill down and find solutions to their challenges.

Contact Nina today for a complimentary conversation on how you can improve your leadership style.

For example, many of my clients feel they don’t have enough time. When I work with them, we begin by looking at their daily time management habits. We look at how they can prioritize better, and what else they can delegate. We look at streamlining systems and procedures for more efficiency.

We examine how strategic planning might help them. It could be that they’ve been putting out fires for so long that they’re used to the drama of hectic activity. Some people are addicted to the adrenaline of stress! There could be procrastination issues, with malaise or even fear at the root We also look at their work habits such as multi-tasking, which takes way more time in the end due to inattention, accidents, and having to repeat things.

We even look at lifestyle habits such as diet and exercise. One of my clients was a business owner who ate a ton of candy. Every month I went to see her, she mentioned that she mostly ate candy and drank sodas. She even admitted she ate M&Ms for breakfast! When I asked her if she thought there might be consequences to these eating habits, she sounded unconcerned and even defiant, stating: “I can do whatever I want and nobody can tell me what to eat.”

I didn’t argue with her about her eating habits, but a year later she got a pretty serious diagnosis of diabetes. She began to realize her eating habits directly affect her wellbeing and ultimately her professional performance. Originally she wanted to focus only on professional growth, but a “whole person” coaching style helped her understand how her diet and lifestyle choices affect the ability to reach her goals.

A key sign you need a change is the feeling of anxiety or overwhelm when you first wake up in the morning. Do you dread the day and going to work? Maybe you need better self-care or more vacation time. Research shows that the healthiest and happiest people are those who take ALL their vacation time.

I was coaching a client this week who said he used to love coming to work, and now he groans at the thought of it. I asked, “How many hours a week do you work?” He said, “I get up at 4:00 am and I work until 7:00 pm or so—Monday through Saturday!” I asked when he had a vacation last—and he just laughed. I said, “What if you get a heart attack from the stress? How much time will you lose then? You may be spending your time in Heaven!”

I laughed out loud at these quips from actual courtroom reports!

These are from a book called Disorder in the Courts and are things
people actually said in court, word for word, taken down and published
by court reporters that had the torment of staying calm while the
exchanges were taking place.

ATTORNEY: What was the first thing your husband said to you that morning?

ATTORNEY: And why did that upset you?

WITNESS: My name is Susan!

ATTORNEY: What gear were you in at the moment of the impact?

ATTORNEY: Are you sexually active?

WITNESS: No, I just lie there.

ATTORNEY: What is your date of birth?

ATTORNEY: This myasthenia gravis, does it affect your memory at all?

ATTORNEY: And in what ways does it affect your memory?

ATTORNEY: You forget? Can you give us an example of something you
forgot?

ATTORNEY: Now doctor, isn’t it true that when a person dies in his
sleep, he doesn’t know about it until the next morning?

WITNESS: Did you actually pass the bar exam?

ATTORNEY: The youngest son, the 20 year-old, how old is he?

ATTORNEY: Were you present when your picture was taken?

WITNESS: Are you shitting me?

ATTORNEY: So the date of conception (of the baby) was August 8th?

ATTORNEY: And what were you doing at that time?

ATTORNEY: She had three children, right?

ATTORNEY: How many were boys?

ATTORNEY: Were there any girls?

WITNESS: Your Honor, I think I need a different attorney. Can I get a
new attorney?

ATTORNEY: How was your first marriage terminated?

ATTORNEY: And by whose death was it terminated?

ATTORNEY: Can you describe the individual?

WITNESS: He was about medium height and had a beard.

ATTORNEY: Was this a male or a female?

WITNESS: Unless the Circus was in town I’m going with male.

ATTORNEY: Is your appearance here this morning pursuant to a
deposition notice which I sent to your attorney?

WITNESS: No, this is how I dress when I go to work.

ATTORNEY: Doctor, how many of your autopsies have you performed on
dead people?

WITNESS: All of them. The live ones put up too much of a fight.

ATTORNEY: ALL your responses MUST be oral, OK? What school did you
go to?

ATTORNEY: Do you recall the time that you examined the body?

WITNESS: The autopsy started around 8:30 pm

ATTORNEY: And Mr. Denton was dead at the time?

WITNESS: If not, he was by the time I finished.

ATTORNEY: Are you qualified to give a urine sample?

WITNESS: Are you qualified to ask that question?

ATTORNEY: Doctor, before you performed the autopsy, did you check for
a pulse?

ATTORNEY: Did you check for blood pressure?

ATTORNEY: Did you check for breathing?

ATTORNEY: So, then it is possible that the patient was alive when you

ATTORNEY: How can you be so sure, Doctor?

WITNESS: Because his brain was sitting on my desk in a jar.

ATTORNEY: I see, but could the patient have still been alive, nevertheless?

WITNESS: Yes, it is possible that he could have been alive and practicing
law. 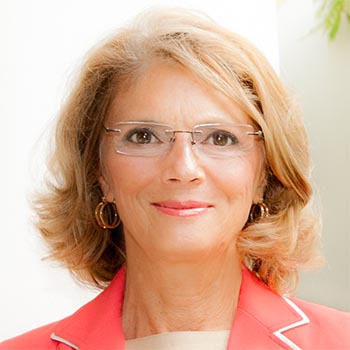